Art and Culture in Times of Crisis

Art and Culture in Times of Crisis 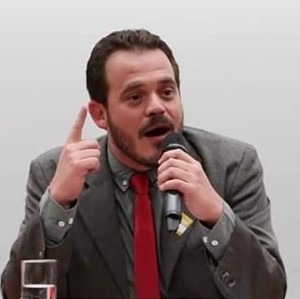 Former Director of Citizenship and Cultural Diversity of the Ministry of Culture of Brazil (2015-2016), current Director of the Oscar Niemeyer Popular Theatre, in Niterói (Rio de Janeiro). He has worked as a cultural manager, playwright and theatre director, and since 2004 he has been acting in the Culture Points network in Brazil. He was one of the creators of the Forum and the National Commission of Culture Points, and participated in the process of approval and regulation of the Living Culture Law in Brazil (2014). Through the Políticas Culturais Lab (created in 2012) he got to know a series of initiatives of Community Living Culture in countries such as Argentina, Colombia, Peru, Bolivia, Ecuador, Guatemala and Costa Rica.
Alexandre is the author of the book "Cultura Viva Comunitária: Políticas Culturais no Brasil e na América Latina", by Alexandre Santini, which was launched at the opening of the Latin American Meeting of Community Communication, one of the winning events of the IberCultura Viva Call for Support to Networks 2016.
In the book, the author analyzes the trajectory of cultural policies developed in Brazil in the 20th century and the first decades of the 21st century. Based on his experiences with the cultural realities of various countries, he reconstitutes the timeline of the Community Living Culture, and how the Culture Points and the Living Culture Program inspired and contributed to the development of public policies in Latin America. The work is the result of a master's degree in Culture and Territorialities at the Universidad Federal Fluminense (UFF).