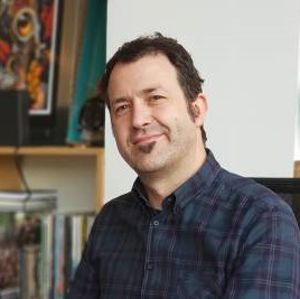 Alfonso Santiago, born in Bilbao, began at an early age doing small concerts, until he produced his first festival in 1995. Later he was a founding partner and co-director of Muskerra Ekoizpena for more than 3 years. Later in 1997 he became Director of Mondo Sonoro (Euskadi) until 2002 when he founded the music promoter Last Tour company of which he is director until today. In 2015 he became CEO of Last Tour. This company organizes festivals such as Bilbao BBK Live, Azkena Rock Festival, BIME and Donostia Festibala.

Last Tour is one of the leading companies in the music industry, covering business areas such as tour and festival promoter of international importance, music experience creation agency for brands, record label and management of consulting projects in the sector.

Last Tour's history is the result of a constant search for innovation, evolution and reinvention of the music industry as a strategy to grow and adapt to current audiences and trends.