Music and empathy as medicine for the soul

Music and empathy as medicine for the soul 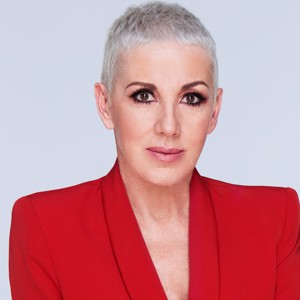 Ana Torroja began her career in music in 1981 with her colleagues in the group Mecano, the brothers Nacho and Jose Maria Cano. After eleven years of working with them, she made her debut as a soloist in 1997. The group's last tour was in 1992 when Ana decided to start her career as a soloist. To do so, she looked for producers and composers in different parts of the world. In 1997 the artist presented her first material called Puntos Cardinales. At the beginning of 2000, she published her next work, Pasajes de un suelo, and returned to the stage on the Girados tour with Miguel Bosé. Later, in 2003, she published her album Frágil with a pop proposal that made her perform live for the first time in a brief tour of America and Europe. During the summer of 2006 she made the tour La fuerza del destino which recalled the songs of Mecano and was a great success in Spain and Latin America. In 2009 she performed with Raphael the song Hijo de la Luna and collaborated with artists such as Sergio Vallín, guitarist of the group Maná. In 2010, he released the album Sonrisa with Venezuelan producer Andrés Levin. Years later, in 2015, Ana released her first live album completely on her own called Conexión. During the year 2016, Ana appeared on The Voice Chile where she was the winner along with her pupil Javiera Flores. Two years later in 2018 she was a judge at OT 2018 replacing Mónica Naranjo. Finally, in 2020 she released the song Llama which is the first single from her next album.