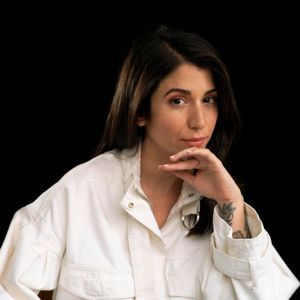 Bely Basarte is a young artist in the current music scene, who has been able to combine self-management in social networks, digital media and the stage. She was born in Madrid in 1991 and very soon showed a precocious talent that led her to perform at the Frindge Festival in Edinburgh at the age of 13. Bely found on youtube the way to express herself freely and make herself known. Her channel shows her continuous evolution as a composer and singer, and was an immediate success. By the end of 2017, she already had more than 50 million visits in her videos, adding more than 400,000 followers. Bely's videos include covers, vlogs and her own songs. In 2015, he published his first work on all digital platforms, which managed to position itself in the top of sales on the day of its launch. This would open the way to other markets such as Mexico, USA or Argentina. In 2017, Bely was chosen to interpret the songs of the character of Beauty in the new Disney movie Beauty and the Beast. In addition, she presented her second single Mariposas and performed several concerts. Bely filled auditoriums in events such as the Arenal Music Festival or Universal Music Festival. In 2018, she finally released her first album: Desde mi otro cuarto and in 2020 she announced the release of her second album, whose first single Roma, was released on March 20th.