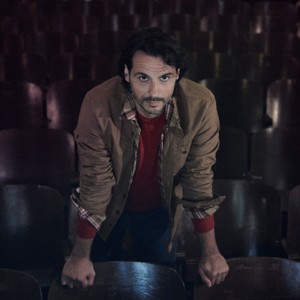 Dancer, choreographer, teacher, actor, director, entrepreneur and learner. Born in Bilbao, Igor Yebra received his training at the Victor Ullate School in Madrid from Karemia Moreno, later expanded with Angela Santos and Pino Alosa, among others. He made his professional debut in the Ballet de Víctor Ullate (1988-1996), being the only dancer still active in the company's premiere at the Teatro Arriaga, dated April 28, 1988. When he began his solo career, he joined the Australian Ballet (1997-1999), the first of many international companies from the five continents with which he has collaborated throughout his career. Her international career as a freelance performer has been nourished primarily by three sources: His relationship with the French school through Charles Jude and his long collaboration with the Ballet of the Bordeaux Opera (2002-2016), where he held the category of 'étoile' for a decade; his relationship with the Italian school through Carla Fracci and his collaboration as guest principal dancer with the Ballet of the Rome Opera (2002-2012); and his well-known admiration for the Russian school and his close relationship with Yuri Grigorovich, thanks to whom he played one of the greatest milestones of his career by becoming the first non-Russian dancer to dance in the leading role of Ivan the Terrible in the Kremlin State Palace in 2004, and whose capacity is 6. 000 spectators.