Culture as a city’s economic and social engine

Culture as a city’s economic and social engine 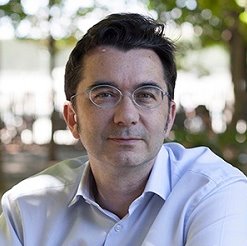 Spanish economist and professor, Javier Santiso Guimaras studied at universities such as Po in Paris and Oxford, specializing in Business Administration, Management and International Economics. Santiso is a professor at ESADE business school, and is known for his interest in topics such as emerging market economics, international finance, emerging multinationals and sovereign wealth funds. Santiso is one of the most influential economic thinkers in Ibero-America and has participated in numerous initiatives, both in Spain and internationally, seeking new methods and systems for start-ups and entrepreneurs.

Throughout his career he has published numerous articles in specialized magazines and in 2015 saw the light of day the book España 3.0, where he talks about the need to reboot the Spanish financial system.

Javier Santiso is the founder and editor of La Cama Sol publishing house, which publishes unique and collectible books with Spanish and international artists and poets.