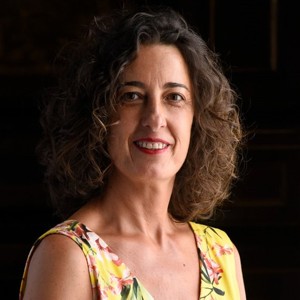 Lorea Bilbao was born in Bilbao in 1968. She has a diploma in Teaching, a degree in Basque Philology and in Socio-cultural Anthropology, a postgraduate degree in Basque Culture and a ""Master in innovation and development of competences in Higher Education"". She has been a Basque teacher at the Labayru Institute and a leisure time monitor and educator of children and young people, as well as a teacher at the Begoñako Andra Mari University School of Education in different stages: in the 1989-1990 academic year, from 1991-1992 to 1999-2000, during which she was head of department, academic secretary and academic deputy director, and between 2009 and 2013. She has also been Promotion director of the Basque Language at the Basque Government (2000-2005), Culture advisor at the Basque Government for Linguistic Policy issues (2005-2009), proxy in the General Meetings of Bizkaia (2011-2015) and burukide of the Euzkadi Buru Batzar, where she was responsible for the areas of Basque language, education, culture and sports. In the 2015-2019 legislature, she was the Provincial Deputy of Basque Language and Culture, a position she currently holds.

Lorea Bilbao moderates a conversation with leaders of the cultural sector of Biscay about the transformative value of culture as a key element to achieve a better, more cohesive and more advanced society: