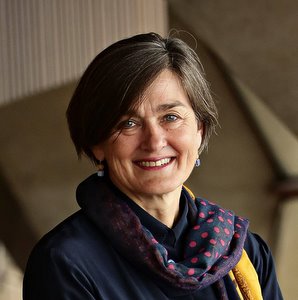 Louise Herron was appointed CEO of the Sydney Opera House in 2012, having previously been a lawyer and business consultant. She was Chair of Sydney's Belvoir Street Theatre for 10 years. Louise has led the development of the Opera House's renovation program to ensure that this World Heritage icon and one of the world's busiest performing arts centers meets the needs and expectations of 21st century artists, audiences and visitors.

The Sydney Opera House is a World Heritage-listed masterpiece of "human creative genius" that belongs to all Australians. It is the country's number one tourist destination and its busiest performing arts center.

Fusing ancient and modernist influences, and built on a site sacred to the local Gadigal people for thousands of years, the sculptural elegance of the Sydney Opera House has made it one of the most recognizable buildings of the 20th century, synonymous with inspiration and imagination.