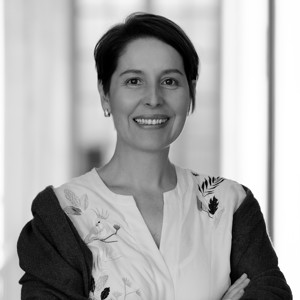 I am president of the Batuta National Foundation and I have been a cultural manager for 25 years. I have held management positions in the public sector and I have led many cultural initiatives in Colombia and others that connect Colombia with different countries in the world.

Additionally, I have been a professor of cultural management at various universities in Colombia and have had the privilege of organizing world-class events such as the First International Seminar on Music and Social Transformation that we did in Bogotá on the occasion of Batuta's 25th birthday and the Congress of the International Society for the Performing Arts in 2014.

I was in charge of making all the necessary arrangements for Bogotá to be included in the UNESCO Network of Creative Cities of Music and I had the good fortune that the Bogota Philharmonic Orchestra could make tours outstanding internationals, including their presentation at the Moscow Symphony Music Festival: the only orchestra in Latin America that has had that privilege.

In that time, too, the Bogota Philharmonic Orchestra received its only Grammy for an album entirely recorded by the orchestra (symphonic versions of traditional Colombian music). In other words, I am a cultural manager very committed to my work and also passionate about what I do.