Rediscovering the mission of art and culture

Rediscovering the mission of art and culture 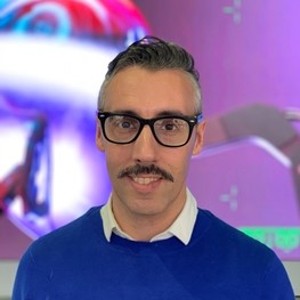 Martin Inthamoussú is a renowned Uruguayan director and choreographer. He has a degree in Theory of the Performing Arts from the University of Manchester, UK and a Masters in Communication, Reception and Culture from the Catholic University of Uruguay. Choreographer in residence at the American Dance Festival in the United States in 2014, his work has also been performed in the United States, Argentina, Brazil, Venezuela, Uruguay, Bolivia, Chile, Mexico, Spain, Holland, France, Germany, Italy, Austria, Canada, Korea, Russia and England. He has staged commissioned choreographic works for the Ballet Nacional del SODRE, the Compañía Nacional de Danza de Venezuela, the Compañía Agente Libre de Venezuela, the Compañía Nómada de Tenerife and Dantzaz de San Sebastián. Founder of the Contemporary Dance Division of the National School of Dance of the SODRE of Uruguay. He is currently the General Director of the SODRE's Schools of Artistic Training in Uruguay and runs his own company based in Montevideo. Among his titles are: Bachelor of Arts in Theatre Studies from the University of Manchester in the United Kingdom.
Master in Communication with emphasis on Reception and Culture from the Catholic University of Uruguay.
Postgraduate degree in Artistic Education from the OEI/MEC.
Postgraduate Diploma in International Cultural Relations from the University of Girona, Spain.
He is certified in Cultural Management, in Auditorium and Theatre Administration and certified in Cultural Marketing.
Fellow of the Devos Institute for Arts Managers at the University of Maryland, USA.