Sustaining and Supporting the Creative Workforce

Sustaining and Supporting the Creative Workforce 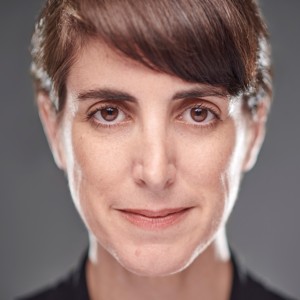 Working with an entrepreneurial approach, Maryann Lombardi has spent the past 20 years at the intersection of culture and commerce. She is at the helm of the District of Columbia's new Creative Affairs Office, where she works to improve policy, sustain and scale the local creative economy, improve economic mobility for the creative workforce, and build infrastructure partnerships to strengthen the entrepreneurial ecosystem. Previously as the Chief Creative Economy Officer, she managed Mayor Muriel Bowser’s 202Creates creative economy brand and helped to build the 202Creates portfolio of resources and programs for creative entrepreneurs. She was also the Executive Director of Lisner Auditorium and Partnership Development at The George Washington University, where she worked with her team to reorganize, rebuild and grow the organization. Previous, as the Director of Creative Economy for UMass Amherst, working with the City of Springfield and University administration, she established and implemented economic development and cultural activities to create jobs and improve downtown development in Springfield. Before moving to MA, she spent ten years in New York City as an independent theater producer producing Off Broadway and regional tours. Maryann has an undergraduate degree from The University of Michigan and graduate degree from the University of Massachusetts Amherst. She is a member of the Private Sector Network Council with Americans for the Arts, part of the National Mentor Network with Seed Spot, and speaks regularly on workforce development in the creative economy, entrepreneurship, the freelance economy, and community building.