Artificial intelligence and technology as facilitators of a better society

Artificial intelligence and technology as facilitators of a better society 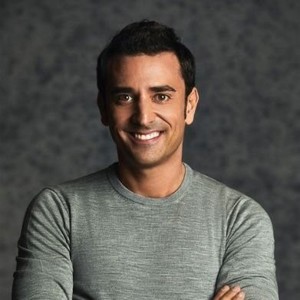 Xabi Uribe-Etxebarria was born in Bilbao in 1981 and has trained as an Industrial Engineer -Electronician- and an Organization Engineer at the University of Deusto. He completed his training by starting a PhD course in Natural Language Processing and specializations in Innovation and Entrepreneurship at MIT (Sloan Management School) in the USA, Negotiation at TEC de Monterrey and Digital Marketing at Harvard Business School, among others. He is a serial entrepreneur founder and CEO of Sherpa, the start-up creator of the Predictive Assistant that competes directly with those developed by Google and Apple. Sherpa has reached an agreement with Samsung to incorporate Sherpa into the Korean multinational's devices.
Sherpa's predictive technology breaks with everything on the market by combining advanced algorithms in Artificial Intelligence and personal assistant, all with a unique design and user experience. Xabi in 2010 undertook to create Anboto Group, a company specializing in online customer service, chosen worldwide in the Innovate!100 as the best young company and chosen ""Cool Vendor 2011"" by the consulting firm Gartner, in addition to incorporating it in its ""Magic Quadrant"". He has been a member of the World Wide Web Consortium and is also the creator of two of the most important technology events in Europe, the Web Summit and Sherpa Summit. Xabi has received numerous awards and recognitions among which TR35 Spain awarded by MIT Technology Review to the best innovators under 35. In addition to being included in the list ""The 100 of the year"" according to the list of the newspaper El Pais in 2012, he was accompanied on the list by personalities such as the King and Prince of Spain, Hugo Chaves (President of Venezuela), Enrique Pena Nieto (President of Mexico), Sofia Vergara (Actress), etc.