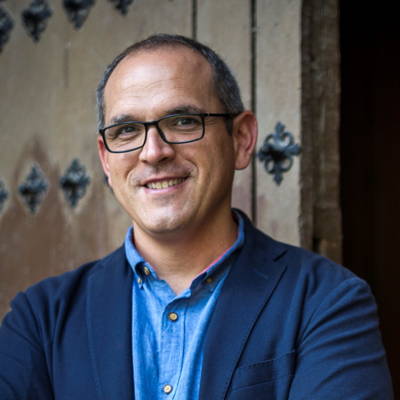 Soraluze (1973). Law degree from EHU/UPV University of the Basque Country, higher degrees in music pedagogy and harpsichord at the Conservatory of Music in Donostia-San Sebastian. MBA at Mondragon Unibertsitatea. He has been vice-president of AEOS (Spanish Association of Symphony Orchestras) and artistic director of the Ancient Music Week of Estella. He is currently a member of the State Council for the Performing Arts and Music. Iñigo is currently Manager of the Choral Society of Bilbao, an organization in which he has launched the musical project Eskolan Kantari, which aims to bring choral training to schools. Convinced of the benefits of music and choral singing in particular, they seek to transmit the values of listening, solidarity and working together, promoting intercultural dialogue.