In conversation with Evelyn Glennie

In conversation with Evelyn Glennie 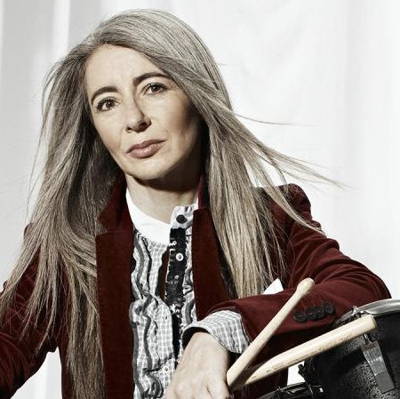 At age 12 Dame Evenly Glennie was diagnosed with profound deafness, which has not prevented her from developing her musical career as a percussionist. Glennie maintains that deafness is largely misunderstood by the public, claiming that she has learned to hear with body parts other than her ears. Evelyn led the way for orchestras around the world to present percussion concerts when she played the first percussion concert in the history of the Proms at the Royal Albert Hall in 1992.
The film Touch the sound or her book Listen the World! are key testimonies of her unique and innovative approach to sound creation. Leading 1,000 drummers, Evelyn played a leading role in the opening ceremony of the London 2021 Olympic Games, where she also introduced a new instrument, the Glennie Concert Aluphone.
Through her mission Teach the world to listen, she aims to improve communication and social cohesion by encouraging everyone to discover new ways of listening to inspire, create, engage and empower.