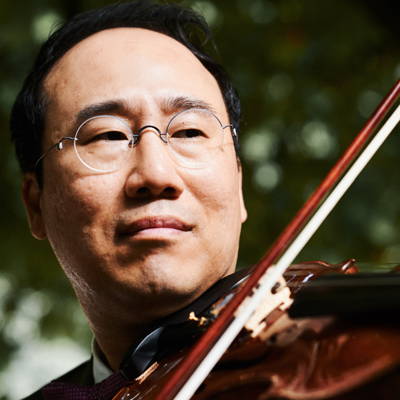 Hyung Joon Won is a South Korean violinist who has succeeded in performing a joint concert between North and South Korea in Shanghai, China and Stockholm, Sweden after a decade of attempts in which the two nations have been divided by war since 1950. In 1990, Mr. Won was invited to perform at the World Economic Forum (WEF) in Switzerland, which celebrated the reunification of East and West Germany, inspiring Mr. Won to think of music as a means of reconciliation. In 2017, he delivered a speech at the UN in Geneva as a spokesperson for the Peace Talks in honor of UN Secretary General Kofi Annan. These performances reinforced his decision to leverage his musical career for the reunification of North and South Korea.