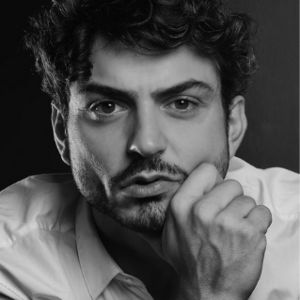 Tommaso Sacchi was born in 1983 in Milan but lives and works in Florence, where he is a curator, organizer and consultant in the field of creativity and artistic production. He has experiences across the cultural sector and has collaborated with important personalities, in Italy and abroad. President of the Fondazione Teatro della Toscana and Museo Stibbert. Former head of the Secretariat of the Department of Culture of the City of Florence (2014-2019) and Art Director of the Festival Fiorentina Estate, the largest Italian interdisciplinary cultural festival (2015-2019). Co-curator of the biennial SUSAS-Shanghai Urban Space Art Season (2017/2018).
Member of the Dante 750th Anniversary Committee and of the Board of Advisors and Experts of Tirana 2030. Former teacher for 3 years in Communication Theory at the Accademia di Belle Arti - Como and Exhibition Management at the European Institute of Design (IED) in Florence. Co-curator and co-author of installations and lectures at the Venice Biennale of Contemporary Art, directed by Okwui Enwezor (2015) Berlin Biennale, directed by Juan Gaitan (2014) and Architecture Venice Biennale, directed by Rem Koohlaas (2014). Director of Communications of Stefano Boeri Architetti after the opening campaign of Bosco Verticale in Milan, which won the 'Prize for the Best High Rise Building in the World' awarded by the High Rise Buildings and Urban Habitat Council in Chicago. Founder and curator of the 'CROSS International Performance Award' and member of the Quality Jury Pool. Co-founder of the Editorial Project of Tomorrow. Former Chief Advisor to the Deputy Mayor for Culture, Fashion and Design of the city of Milan. He was also a guest lecturer in several Italian universities, on topics related to cultural production and politics. Moreover, he worked as a correspondent for RCS Publ. and collaborates in the cultural pages of VITA magazine.