The fair trade future of traditional music and remix

The fair trade future of traditional music and remix 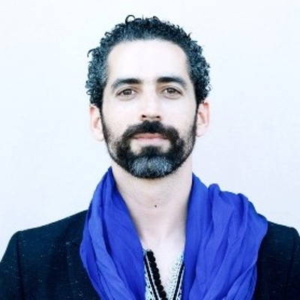 Hatim Belyamani grew up in Morocco, surrounded by the sounds of the country’s Arab, Amazigh and sub-Saharan origins, and was an award-winning pianist and classical guitarist before finding his voice in electronic music. In his performances, he connects his audiences to distant cultures in a unique audio-visual journey, transmitting traditional music from the four corners of the world onto a large screen and harmoniously transforming them into new electronic rhythms. Hatim has performed at various festivals and venues around the world, including Lincoln Center in New York, Roskilde Festival in Denmark, WOMEX in Spain and Rec Beat in Brazil. In 2012 Hatim founded Remix ⟷ Culture, a non-profit organisation that bridges cultural divides through the transformative power of music, film and remix. Hatim and his team travel the world, capturing the sights and sounds of underrepresented musical traditions, which they share for free online under a Creative Commons licence.