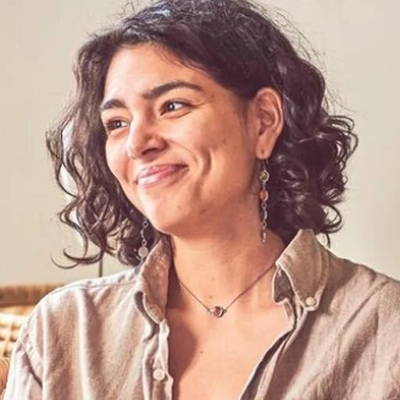 Anabell Sotelo Ramirez, born in Ukraine with Nicaraguan origins, is one of the actresses in the cast of Pro English Theatre. Anabell is a Spanish teacher and has translated into Ukrainian and edited Abad Faciolince's Colombian book "El Olvido que Seremos", as well as other literary projects. When the war with Russia started, she was in the theater in Kiev, where she took refuge with about thirty other people and from where she has been communicating her situation to the international press and media.
Pro English Theatre in Kiev is the only English-speaking theater in Ukraine. In addition to its educational work, the theater directed by Alex Borovensky has become a reference during the last weeks, in which they have resisted the war with Russia through art. The theatre, a former shelter during World War II, has recovered its original function and has even accommodated more than 50 people during the attack on the capital. Inside, the company has continued rehearsing and creating the play "The Book of Sirens", premiered online on April 9, and that will be performed for the first time in Bilbao on May 2 on the occasion of the launch of the Cultural and Social FSForum.