The value of a hug

The value of a hug 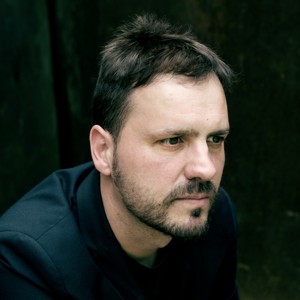 Kirmen Uribe is a New York City based Basque language writer, and one of the most relevant writers of his generation in Spain. He won the National Prize for Literature in Spain in 2009 for his first novel Bilbao-New York-Bilbao, a work that was acclaimed as a global literary event. The languages into which his books had been translated already exceed twenty, including French (Gallimard), Japanese (Hakusui Sha) and English (Graywolf). His poetry collection Meanwhile Take My Hand (Graywolf, 2007), translated into English by Elizabeth Macklin, was a finalist for the 2008 PEN Award for Poetry in Translation. His works have been published on several American publications such as The New Yorker, Open City or Little Star. In 2017, he was selected for the International Writers Program (IWP) in Iowa in its 50th anniversary. Las year he was a New York Public Library Cullman Center Fellow for writing there his new novel. Current year he was a Weiss International Fellow at Barnard College, Columbia University, where he taught a seminar about XXI Century World Literature. This semester he teaches Creative Fiction at the New York University.
He recovers untold or silenced stories for his novels, always searching for modern narrative forms, combining fiction and non-fiction, using different perspectives, and including poetry and essays in his narrative. Committed to his time and his origin, he has taken part in the pacifist struggle (in 1995 he was in jail because he was against the compulsory military service in Spain) and for the rights of the Basque Language Speakers and for all the endangered languages in the planet. His international career has taken the Basque Literature to unknown territories.